California Highways: Route by Route About Your Hosts 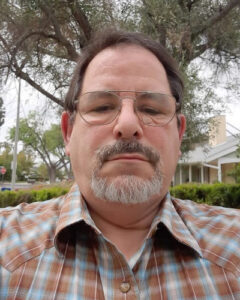 Daniel has been interested in highways since he started collecting gas station maps as a kid (from Bill Yarnall’s Union 76 station in Playa Del Rey, CA). In college, he picked up a copy of LA Freeway by David Brodsly, and he grew even more interested in the history of the highways. In the mid-1990s, he started posting lists of California’s highways to the USENET newsgroup ca.driving, and by 1996, this had turned into the website California Highways. Since 1996, he has been maintaining and expanding the California Highways site with history, maps, updated status, legislative information, and more about the numbered highways in California. In 2004, he started an adjunct blog on Livejournal; by around 2010 he had moved that blog over to its own installation on California Highways: Observations Along The Road.

Outside of highways, Daniel has interests in ancillary historical areas, such as the history of Las Vegas. He is also an avid audience member for live theatre, and posts regular theatre reviews on his blog. He is a boardgamer (you can find his collection listed on BoardGameGeek). He is active within Judaism: he is co-maintainer of the soc.culture.jewish FAQ; was moderator of the Liberal Judaism Mailing List; and is past president of his synagogue’s brotherhood.

Professionally, he has worked in the field of cybersecurity since 1985. In that arena, he is nationally known and has contributed to many publications, including NIST SP 800-53 Revisions 4 and 5; NIST SP 800-37, and publications from CNSS. He has been involved with TCSEC and Common Criteria programs since the earliest days of the criteria. He is an officer of ACSA, the sponsor of the Annual Computer Security Applications Conference, and has been on the ACSAC Organizing committee in various positions since 1989. He is a Certified Information System Security Professional (CISSP). 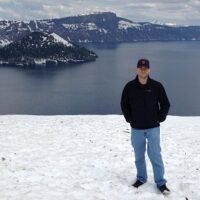 Tom was introduced to highway fandom by his father during the 1980s after a road trip to from Detroit to Chicago via US Route 12.  Tom relocated from the Midwest to Arizona during 2001 and became involved with writing about numerous highway corridors which had ties to ghost town sites of note.  Tom relocated to Florida during 2013 and would provide map drawing of the 1928 iteration of the Overseas Highway which were later used in a publication by the Pigeon Key Museum.  During 2016 Tom would relocate to Central California and begin writing as a member of the Gribblenation highway blog page.  Gribblenation is a highway blog site which carries the philosophy of “every road has a story.”  Tom has since launched the Golden State Highways, US Route 99 and Oahu Highways subpages on Gribblenation.  Tom has made several appearances on the Roadwaywiz YouTube channel during featured webinars such as the roads of Oahu and San Diego area highways.

Outside of the world highways Tom is a distance runner and avid hiker.  Tom has visited all the National Parks located in the continental United States during various road trips.  Professionally Tom has worked in the Physical Security management field for close to twenty years with numerous companies and government bodies.